Frank Terranella, News, The Beatles, The Write Side of 50 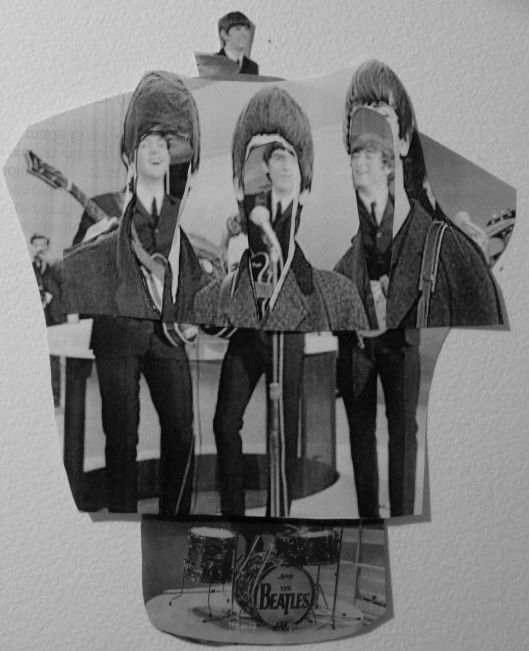 I have long held that Baby Boomers are defined by the fact that they were all in school when President Kennedy was killed. And just a few months later, all Baby Boomers were witnesses to the British music invasion that began 50 years ago with the appearance of The Beatles on The Ed Sullivan Show.

It was Friday, February 7, 1964, when Pan Am flight 101 arrived from Heathrow Airport carrying The Beatles. The newly-renamed Kennedy Airport was the scene, as hundreds of screaming fans turned out to see the four long-haired musicians from Liverpool.  The Beatles gave a press conference at which their long hair was a constant topic for questions.

“When’s the last time you had a haircut?” a reporter yelled.

“I had one yesterday,” George replied.

A little later that day, thousands flocked to the Plaza Hotel in New York, where The Beatles were staying. Meanwhile, WINS, WMCA and WABC went wall-to-wall Beatles as John, Paul, George and Ringo called in to the various New York disk jockeys. Chief among these was Murray the K, who managed to talk himself into the Beatles suite for a live broadcast. Thereafter, Murray liked to call himself the 5th Beatle.

The Beatles hysteria continued all weekend with its climax Sunday night on the Ed Sullivan Show. It’s hard to describe the Ed Sullivan Show to people who never saw it. I suppose it followed the vaudeville model of something for everyone. And so it was not unusual for Ed to introduce an opera singer, followed by a comedian, followed by a rock group followed, by a troupe of acrobats, jugglers or trained animals.

Anyway, on the evening of February 9, 1964, everyone knew that the Beatles were making their U.S. debut, and the audience was filled with screaming teens. The Sullivan show was the hottest ticket in town that night. I remember seeing that Walter Cronkite’s daughter was in the audience. Those of us without CBS connections had to make due watching on television.

Ed was a smart showman, who knew he had pulled off a coup in booking the Beatles. He was known as, “Old Stoneface,” because he rarely smiled on his show. But Ed was all smiles that night. When he said, “Here they are – the Beatles,” the screams from the audience surely pinned the needle on the studio sound meter, and Ed put his hands over his ears. The Beatles themselves were barely audible over the noise. This would be the norm for the next two years every time the group performed.

During the course of their performance, the CBS staff put up identifications (as if we needed them) of the four Beatles under close-ups of each one. That included a second line under John Lennon’s name that said, “Sorry girls, he’s married.”

I remember that the Beatles actually appeared on the Sullivan show three weeks in a row (the third performance was on tape). In between, they appeared at Carnegie Hall and in Washington D.C. – Beatlemania in the U.S. was under way.

That summer, their first film, “A Hard Day’s Night,” was released, and the same screams that always followed the Fab Four were heard in movie theaters throughout the country.

Beatlemania was one of the hallmarks of the youth of Baby Boomers. And now it’s 50 years in the past. Can you believe it?