Margo D. Beller, The Write Side of 50 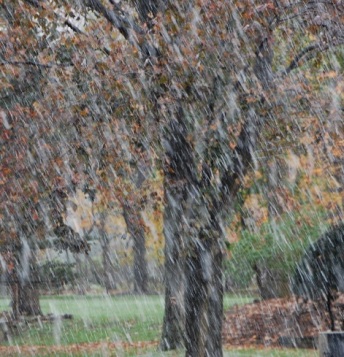 February 10 was the coldest day of winter in 1957. My mother told me, many years after the fact, that she was glad to be giving birth to me, her first child, in the warmth of a Brooklyn hospital rather than in the new house she and Dad had just moved into.

While she and I were in the hospital, and my father was either visiting or at work, the house was robbed. Not exactly an auspicious start to my existence, although the robbery was an excuse for my father to buy our first dog, who grew up with me.

My mother was from western Canada and had been working in public health in Jamestown, New York. So she wasn’t exactly a stranger to many feet of snow, and intense cold. Brooklyn must have seemed like paradise.

In 1969, my birthday coincided with a nor’easter. I remember coming out of the elementary school, across the street from my home, and being unable to get over the snow piles. I remember the wind and the blinding snow. I don’t remember being as scared as I would be now.

Suddenly, my mother appeared, grabbed me and got us home. She said my sister had seen me from her bedroom window.

I never questioned that story. My mother knew everything, and so if that’s what happened, it happened.

Many years after she died, not much older than I am today, I wondered about that storm and about the day I was born. My husband, whose many hobbies include collecting weather records, confirmed that, indeed, February 10, 1957, was the coldest day of that season.

As for the 1969 storm, his compact disc of New York Times front pages reminded me that was the one people of a certain age will forever link with Mayor John Lindsay. The city was crippled, and it took weeks to plow out Brooklyn and the rest of the boroughs – bringing the city’s wrath upon Lindsay, who had just started a new term.

Another inauspicious moment: On my birthday in 1978, MH, then my boyfriend, and I enjoyed being off from college classes because the over-two-feet of snow that fell two days before was still blocking roads. We were on our own when it came to meals. It was a fun time for us.

Now, decades later, it’s not so much fun. Property owners, we’re out there shoveling our walks, begging our plow guy to clear the driveway (and paying for the privilege), and doing the penguin shuffle trying to walk anywhere outside the house. We’re more concerned about falling on ice, and not being able to get back up. We’re scared of broken bones, and going to the hospital.

Well, on this birthday, I’ve given myself the gift of taking it easy. I have taken the day off, filled the feeders, and brought the birds to me instead of seeking them out in the cold. It’s a good day.