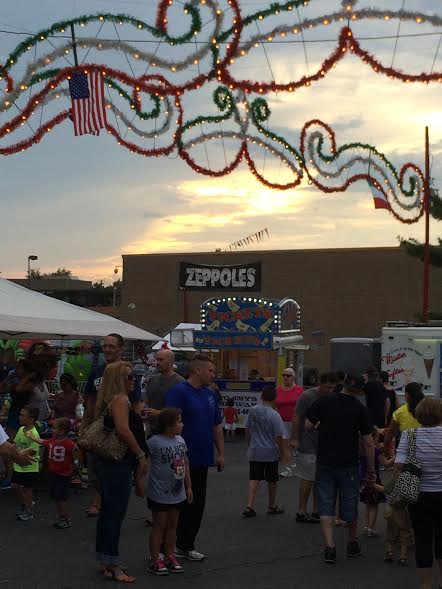 My father was born, lived and died in the same house. But that’s a rarity. The odds are that if you’re over 50, you have lived in several different places in your life. I’ve lived in nine.

It’s always interesting to return to the place where you grew up. For some of us, it’s depressing. Inner city neighborhoods that once were great places to live, now are not so much. For others, it’s just a strange experience because so many years have gone by that most of the people we used to know are gone. I moved out of my hometown of Lodi, New Jersey in 1975, the year I got my first job. If that looks like I couldn’t wait to get out, you’re right. But just about every year since, I have returned to the town of my birth to partake in a cultural landmark — an annual Italian street fair called the Festa de San Giuseppe. 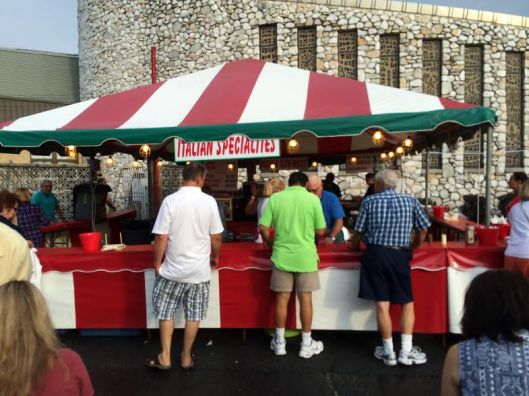 Most people in the New York who have been to an Italian feast have been to San Gennaro in Little Italy. That’s the king of Italian feasts. It has great food and even greater crowds. In fact, the crowds can be compared to a subway car at rush hour. It’s not a fun experience and no one would do it if the food wasn’t so great. By contrast, the smaller feasts like San Giuseppe in Lodi are comfortable and the food is every bit as good.

For the uninitiated, these Italian feasts are basically church fundraisers. Non-Italian churches have carnivals and bazaars every summer; Italian parishes have feasts. In addition to the best pizza and sausage and peppers sandwiches around, Italian feasts always feature a statute of the church’s patron saint on which feastgoers tape paper money. It used to be just dollar bills, but these days you often see 20s and even 50s. Watch for the guy who attaches a $100 bill. He probably is either a fan of The Godfather, or he is the real thing.

Now it would be strange enough if the feast just featured a currency-covered statue. But an important part of just about every Italian feast is the procession of the statue through the streets. That’s for the people who are too sick (or too lazy) to come to the feast. On at least one day during the run, the feast comes to them, accompanies by a band playing music from the old country. The marchers carry the statue right to the doors of willing donors. This procession of the statue through the streets of town is among my oldest memories. It’s quite amazing to a small child for a band to come to your house once a year carrying a statue like the ones you’ve only seen in church. It’s like God opened a traveling branch office — equal parts fascinating and terrifying.

Anyway, the Festa de San Giuseppe was a part of my life for all the 22 years I lived in Lodi. And it has continued to be a part of my life for the almost 40 years since. As my hometown has changed to the point of being unrecognizable in many ways, one thing has remained constant — the feast still happens every Labor Day weekend. And it still looks very similar to the way it looked 50 years ago. I have dragged my wife and children to the Feast for years. Why? Because it provides a sense of continuity to my heritage and to the place of my birth. And that’s important in our transient society. The unchanging ritual is comforting. Labor Day’s ritual used to be to watch Jerry Lewis on the MDA Telethon and go to the Feast. Jerry is gone now, but the Feast carries on. And I hope it does for the rest of my life. The zeppole are out of this world! 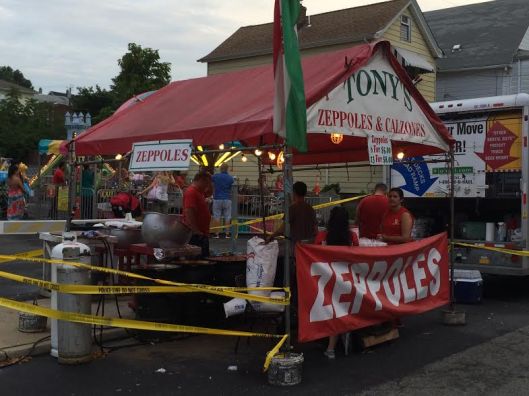