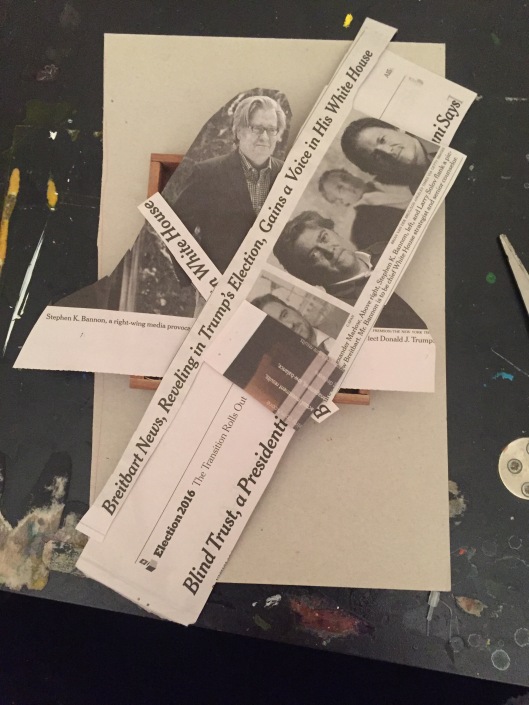 What Breitbart News and Steve Bannon, Trump’s carefully considered selection for Senior Counsel, stands for is old news. As Michael Grynbaum and John Herrman of The New York Times wrote in Monday’s print edition: Breitbart has been denounced as misogynist, racist and xenophobic, and it served as a clearinghouse for attacks on Mr. Trump’s adversaries, spreading unsubstantiated rumors about Hillary Clinton’s health and undermining its own reporter, Michelle Fields, after she accused Corey Lewandowski, then Mr. Trump’s campaign manager, of assaulting her.

What puzzles me is why someone who plans to run the country and promises to “unite” us (as hollow as that sounds) would pick a counselor who espouses misogyny, racism, and xenophobia and equally worse has absolutely NO experience. Bad judgment; bizarre; frightening are mild words to describe my reaction and concern.

Those within the Trump team extol Bannon’s resume (Harvard) but just like comedian Samantha Bee said on her program “Full Frontal with Samantha Bee” last night — Ben Carson has proven that being a brain surgeon doesn’t mean you’re intelligent. But wait! He was also a Naval Officer. Now that job really qualifies you to be a counselor on issues related to the military, foreign policy, the economy, immigration, Congress. Etc., etc., etc.

But qualifications are immaterial to this particular internet publication because as Alexander Marlow, Breitbart’s editor-in-chief, stated in the Grynbaum and Herrman article:

“If Trump runs his administration and honors the voters who voted him in, we’re all good,” Mr. Marlow added. “But if he is going to turn his back on those values and principles that drove his voters to the polls, we’re going to be highly critical. We’re not going to think twice about it.”

I do not consider Breitbart a conveyor of factual news. I see it as a troll for a political philosophy of anti-The Other. That its spokesman has such immediate access to the president-elect concerns and frightens me and should concern and frighten us all.