Bob Smith, Men, Reunion, The Write Side of 50 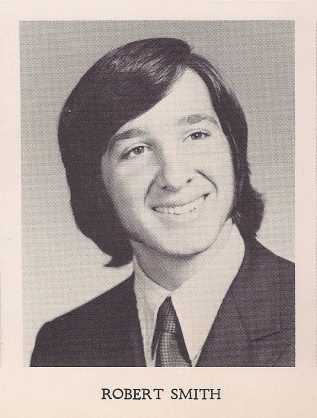 Because of the decline I might see in my classmates, and by the same token, what they might see in me, I was rightly apprehensive about attending my 40th high school reunion recently. As expected, our bodies are flabbier, our hair is grayer, and our faces are more wrinkled. 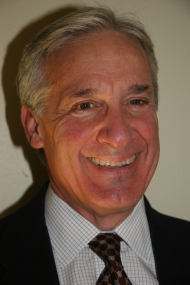 But it was also strangely comforting, because the cast of characters have remained essentially the same.
There’s the gay guy all the straight guys hated in high school because the girls loved him when they would hardly give the rest of us the time of day. Here he is again – well-groomed, neatly-dressed, smiling and drawing women in like moths to a flame. And all for naught. All for friendship.

The pretty girl, who was really smart, is now a super-accomplished professional something-or-other, and her eyes are pulled three quarters of an inch closer to her ears on either side. Yes, she’s had some work done. She still looks pretty. But with eyes that shape, she might be mistaken for one of the Siamese cats from “Lady and the Tramp.”

There’s a long-divorced couple, separately circling the room, and sizing each other up from neutral corners during the cocktail hour. Halfway through dinner they come together in the center, not unlike two wrestlers over the mat, and start talking. She’s got kids, he’s got kids – they whip out cellphones to spar over snapshots and forced accolades. How handsome! How cute! College, marriage, grandkid on the way. Everybody’s fine – but how are you?

The exchange ends with plenty of disingenuous blows landing, but no visible blood drawn.

At one point during the night someone told me I had a great tan.

How about the people – men and women alike – doing the “Benjamin Button” thing? These “kids” dressed, cut their hair, and generally looked like they’ve hardly aged at all, but acted like middle-aged farts who were back in high school. (They still look frumpy but at this age frumpy, as opposed to horrible or dead, can be pretty good.)

Or the athlete who’s fallen into a shocking state of decline? One, in particular, who weighed 117 pounds soaking wet in 10th grade, and ran the mile in record time, now has a third-trimester beer belly, but the same spindly legs he had back then. He resembles a watermelon on toothpicks.

The girl in the class who had been morbidly obese was rumored to be confined to a hospital bed with complications from diabetes. Her male counterpart – the fattest guy in the class – died 12 years ago from a heart attack. Also dead was the guy who used to duck out of the pack in gym class during the first lap around the field and fire up a joint behind a tree. When the group came around for the fourth lap he would slide back into the crowd, amble around the last quarter-mile royally stoned, and still come in last. He died of an overdose of exotic mind-altering drugs a few years after high school. No surprise there.

There were two suicides – one a cop and the other a laid-back hippie type. Go figure. The other confirmed death in the class was a too-nice guy, who apparently had been drunk for most of the past 25 years, felled by a mysterious leg circulation problem.

Before we left, I made the rounds, shaking the men’s hands and giving the women chaste hugs and air-kisses. One of the women made a point of hugging me close, holding on for a moment, and whispering in my ear, “You look really good, Bobby – of all the guys who showed up, you’re the most well preserved.”

I wanted to tell her I owed it all to clean living and hard loving (or formaldehyde facials), but I refrained from wiseguy comments. I thanked her for the backhanded compliment, and told her she looked great too. (Not exactly, but one good lie deserves another.)

At the end of the night we resolved to have a 45th-year reunion, rather than wait for the golden 50th anniversary to roll around. That makes sense because the attrition rate is bound to increase, and a five-year gap may ensure a higher turnout. I can’t wait.
Actually, I can. I hope.