confessional, Frank Terranella, Men, The Write Side of 50 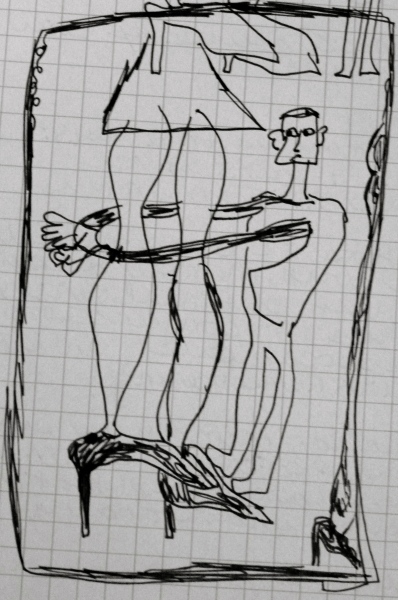 I was at a cocktail party not long ago, where several 20-something women came over and stood next to me. Now, at 5 feet 9 inches, I have never considered myself tall. I am average height for a male Baby Boomer. But all three of the young women were 5 feet 9 – and above. I know that because I asked them. Two of them were wearing high heels, which made it even worse. In years past, I rarely encountered a woman who was taller than me. What is going on here? When did women start growing so tall?

Just from personal observation, I think that on average, women in their 50s tend to be about four inches smaller than men. But it seems that young women today are growing much taller than their mothers. Although scientists say the average height height of women today is only one inch taller than it was 50 years ago, I seem to see very tall women everywhere I go.  Maybe more women are wearing higher heels than 30 or 40 years ago, but I doubt it.

Women have been wearing that ridiculously uncomfortable footwear for decades. No, I think there actually are more women taller than me today than there used to be. Add to that the fact that people lose height as they age, and I expect to feel like I’m walking among giants soon. And men tend to fear giant women. Do you remember the 1950’s film where a woman has an encounter with an alien and grows to enormous size? It was called, “Attack of the 50 Foot Woman” despite the fact that the woman had no malicious intent at all.  Roger Corman made a similar movie just this year starring Sean Young called, “Attack of the 50 Foot Cheerleader.”

The point is that this idea that a tall woman is a menace is long-running and pervasive. I think that most men dislike looking up at women. The one famous exception was the 5-foot-2 Dudley Moore, who dated 5-foot-11, Susan Anton in the early 1980s. He used to joke that he loved the view, as his eyes were at the level of her cleavage. But that was a much-heralded exception to the rule. And it is notable that they each went on to marry other people.

No, I think that most people avoid having significant others who are much taller than they are. Anyway, I think it’s an inevitable trend in my life that I will be looking up at more and more women in the years to come as I grow smaller and they grow taller. Maybe I can learn to accept it and, like Dudley Moore, just enjoy the view.