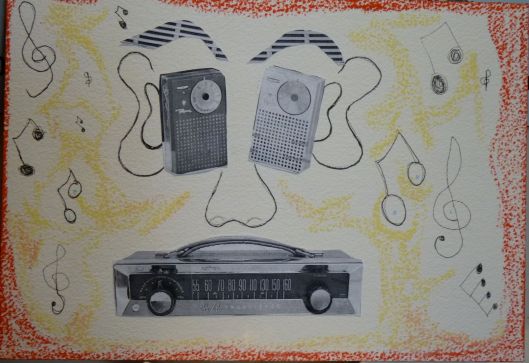 The Baby Boomer generation has some terrible PR. Most people see us as the selfish “Me Generation” – idealists who sold out. This is in stark contrast to our parents, whom I am convinced are called the “Greatest Generation” just to annoy us. Damn you, Tom Brokaw!

But whenever I get into a discussion about how little Baby Boomers have contributed to society, I always point to two things that our generation provided the world – rock music and personal computers. Interestingly, the brand name “Apple” covers both of those.

Now I don’t think that our music is better than the music of our parents or children. (Well, OK I do think it’s better than most of the music my children listened to when they were teenagers.) But obviously “better” is a function of taste, and our music appeals to our tastes just as big band music appealed to our parents, and rap appealed to our children.

Back in the ‘60s, most New York-area Baby Boomers got their music from AM radio. Our parents were listening to Dean Martin on the hi-fi, while we listened to our music on lo-fi (or no-fi) transistor radios. WABC was the perennial top dog in this market with talented people like Dan Ingram and Ron Lundy behind the microphone.

I was reminded of this recently because back on July 3, 1981, I ran my reel-to-reel tape recorder while Dan Ingram celebrated his 20th anniversary on WABC. I put the tape away and forgot about it. A few weeks ago this musical time capsule resurfaced at my house. I carefully threaded the take-up reel and hit the Play button. I was instantly transported back to my youth. The music was there, and that iconic voice, who referred to his audience as “Kemosabe,” and in beach weather told you when to “roll your bod,” presided over “the Ingram mess.”

For much of our youth in New York, WABC was our music. And then on May 10, 1982 the music died, as WABC changed to an all-news station. I think that for many Baby Boomers, that day marked the end of our youth. Our music was gone from the mainstream.

Well, of course it wasn’t gone altogether. It had just migrated to FM. But it wasn’t the same after WABC. I never listened to Top 40 radio again. And certainly the music post-1982 was less “our music” than the music that had dominated the airwaves for the 20 years before that. So Baby Boomer music became oldies, and some of the former WABC disk jockeys migrated to the oldies station -WCBS-FM.

But now I know that whenever I want to be transported back to the heyday of AM radio I have that WABC time capsule on my tape deck. And there is a website called http://www.musicradio77.com/ that is full of recordings and information about this New York radio institution from our youth.

Clearly WABC was not the only radio station in New York that played rock music. It was simply the most popular. It provided that community of common experience that is so hard to find today in our fragmented media world. It was the chief outlet for Baby Boomer music in the New York area, and I will put the music that Baby Boomers produced up against the best of any other generation.