Art, Jane Alexander, Julie Seyler, The Cathedral of St. John the Divine, The Write Side of 50 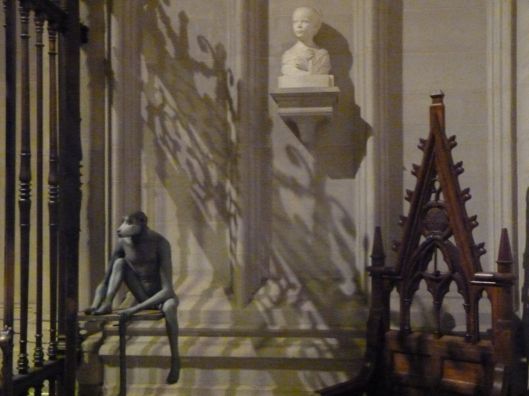 All photos by Julie Seyler.

If anyone has a chance to get up to the The Cathedral of St. John the Divine at 112th Street and Amsterdam Avenue by July 29, there is an exhibit up called, Jane Alexander: Surveys (from the Cape of Good Hope). It’s visually mesmerizing and provocative. If you decide to go, check the Web site because accessibility to the the show is limited.

Upon entry to the cathedral, head straight to the back right chapel named after St. James. There is a slideshow presented of black and white photos of the South African landscape, and the city of Cape Town. It contributes to appreciating the fantastical anthropomorphic animal humans Ms. Alexander constructs out of fiberglass. But it is not simply the figures that intrigue, it is how and where they are placed in space. Each scene is staged in a different chapel. 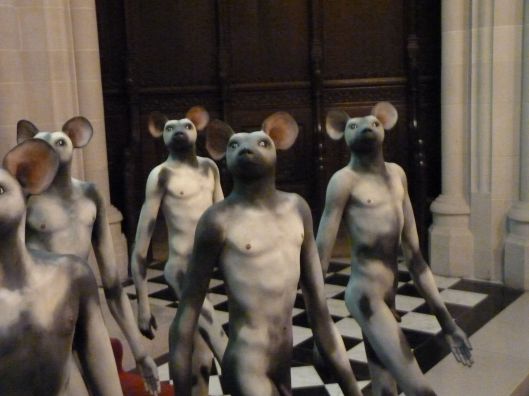 The fact that a show evoking both the primal anger of wild animals, and the connection between all “different” types of people, fits seamlessly into the majestic and spiritual chapels of a 19th century cathedral is a testament to the artist’s vision that the world – segmented, divided, and scary as it might be – is, nonetheless, woven together as a whole. 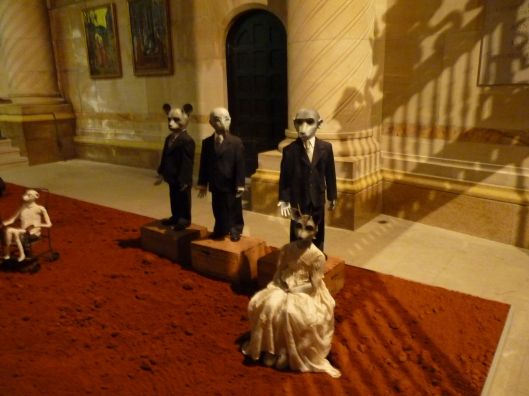 But even before I entered the cathedral doors, I had encountered unexpected pleasures. Like 527 West 110th Street – a building festooned with human gargoyles, each separately depicting some unpleasant characteristic of the psyche. They were carved out of stone, and hung as appendages on the building’s facade:

Then I came upon the cathedral complex, which consists of the Synod House:

And a green knoll known as the Pulpit Green, where a pure, white, peacock struts his stuff for the camera gawkers: 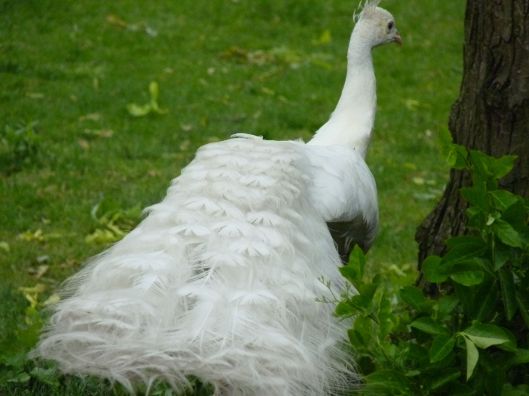 And then I was in the middle of Europe facing a cathedral built in the mode of Notre Dame in the middle ages.  It is vast and domineering.  It is somewhat difficult to capture the fullness of The Cathedral of St. John the Divine, a “chartered house of prayer for all people” erected in 1892. 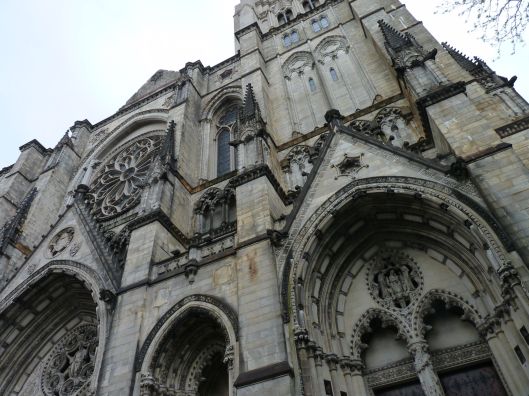 Trying to take in St John the Divine.

1 thought on “There’s Beauty in the Beasts, Gargoyles, and Peacocks of Upper Manhattan”