Caddying, Frank Terranella, Golf, Men, The Write Side of 50 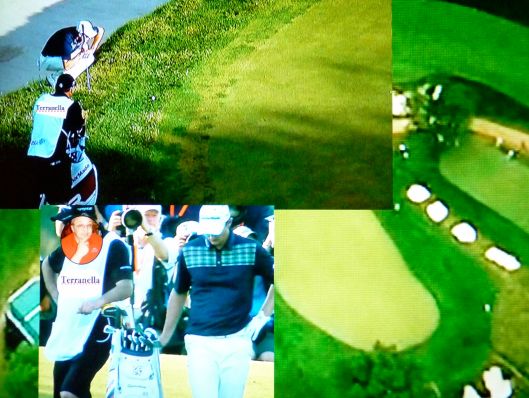 I’ve always found that June is the prime golf month in the New York area. In May, courses are still not done recovering from the winter. In July, the grass begins to burn out, and the tees and greens begin to show the wear and tear of hordes of weekend golfers.

I grew up with golf. In fact, I spent every summer from when I was 14 until I was 22 caddying at a New Jersey country club. I was never a good golfer, but I enjoyed caddying.  You got to accompany people out having a good time. I can assure you it beats the hell out of accompanying them to court as I did later in life as a lawyer. Sure, the work was sometimes hard when the mercury hit 90, and the golf bags you were carrying were the size of a Buick, but you really can’t beat a job where you are paid for essentially taking a walk in the country.

Caddies came in two varieties – the schoolboys and the adults. The adult caddies, many of whom were on the right side of 50, ranged from family men who caddied on their days off, to winos who often tried to win enough at the caddyshack card game so they didn’t have to walk the course at all. More often than not, we would see these guys out on the course in late afternoon sun struggling to climb the 14th hole.

Golf carts have been around for decades, and they were in full use back when I was caddying. But the country club where I worked had a rule that was typical of the time – they required members to hire a caddy, even if they rented a cart. The caddy would just carry putters, advise the golfer on distances, and keep track of hit golf balls. This bit of featherbedding had the salutary effect of providing many jobs, not just for teens, but also for men who caddied to supplement their incomes. Notice I say “men,” because women, even if they could physically handle the job (and many could), would not be hired as caddies at most country clubs back then.

In addition to not hiring women caddies, back in the “Mad Men” days, many country clubs also restricted when women could play golf. The club would usually designate one or two days a week as ladies days. Women could also play on Sunday afternoons, but only if they were accompanied by their husbands. So there were large periods of time when only men were on the course. And of course, all the caddies were male. The members justified this segregation by saying that they wanted to be able to swear without having to worry about offending ladies. The thing was, when we caddied for women, they used just as much foul language when they missed a shot. I think the real reason why men wanted to play without women was because they seemed to take perverse pleasure in unzipping their fly and relieving themselves anywhere along the course. As a caddy, it was my job sometimes to act as lookout and a shield for a shy golfer who didn’t want to be seen heeding the call of nature.

But there was an art to being a good caddy. You had to be out of sight until just the moment when the golfer needed you. You had to offer encouragement after a bad shot. You had to share, with the golfer, your expert knowledge of the course you walked every day. And like all personal service jobs, you had to do it with a smile, even when the golfer cursed you out because a club clattered while he was putting.

After my caddying days ended, I lost touch with golf. Perhaps one of the joys of retirement one day may be to rediscover the game.  But certainly at this time of year, when I smell dew-covered grass on a summer morning, I think back to my youthful days on the links.

1 thought on “Memories of a Golf Caddy”