Concepts, Julie Seyler, The Write Side of 50, Washington Square Park 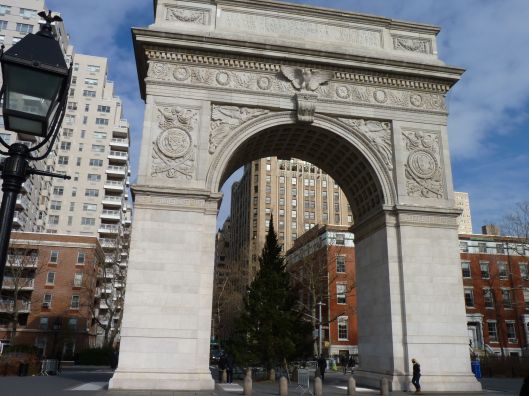 That image of him jumping drunkenly over the benches that surround the fountain, and giving away his shoes in sub-freezing temperatures never fails to enter my mind as I cross under the the Arc de Triomphe-like arch that graces the north entrance to the park. Years ago, I planned to walk though the park barefoot. It never happened, and now it won’t. It is definitely not on my post-55 to do list, unless Lois, who loves to walk barefoot, wants to go for a barefoot stroll one day after martinis.

And then I heard music: a piano trickle. I turned around, and there was this guy playing away on a portable grand piano. 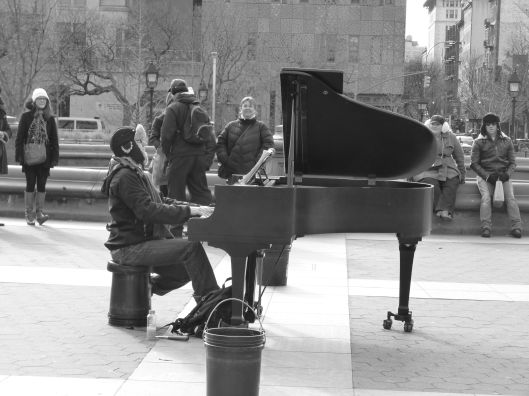 It is not unusual to hear live music in non-traditional venues in the city, like subway stations and street corners. But this scene, on a somewhat chilly day in the middle of the park, struck me as particularly enjoyable. It was such a nice way to mark the last day of 2013. I put some money in his bucket, took in the concert for awhile, and went on my way.

Two minutes later, I stopped again because I had never seen anyone take on pigeons quite this way. This man was standing in the middle of a pigeon pool wearing pigeons from head to toe, completely undaunted by the thoughts of Alfred Hitchcock’s film, “The Birds.” 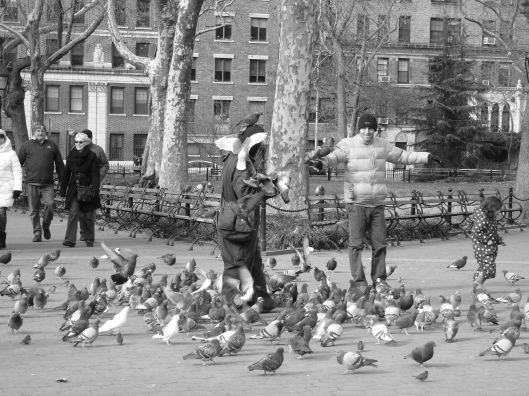 I assumed he was not my discovery, and that his reputation was legendary. Well, perhaps not quite legendary, but his name is Larry, and he is known as the Pigeon Man of Washington Square Park. Photos of him and the birds are well represented all over the Internet. 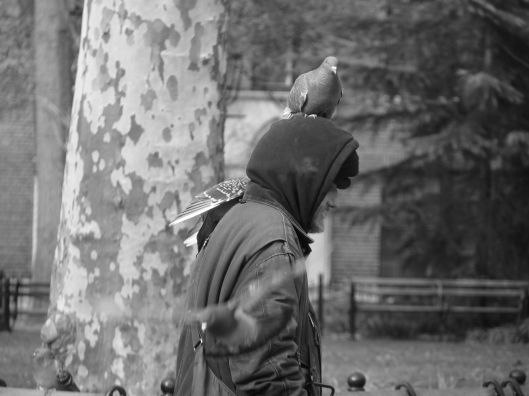 He made me wonder: how does one even begin to connect with a pigeon, assuming one wants to connect with a pigeon? I guess it starts with a piece of bread, and then day after day the trust grows? Who knows? But from that point on, it was an uneventful walk to Market Table for lunch, which by the way, is a delicious restaurant for farm to table dishes.