Italy, Julie Seyler, Naples, The Write Side of 50, Travel

It is possible to see one third of the city of Naples, Italy in four days if you start at 7 a.m., and keep walking with an occasional pit stop for pizza and a glass of wine. That will allow for an excursion to Pompeii and Herculaneum, the ancient cities felled by the eruption of Mount Vesuvius on August 25, 79. The point being, Naples, renowned for its three Caravaggios and the Farnese Collection, is a treasure chest of found wonders. The pizza is as delicious as everyone says; frozen calamari is non-existent: 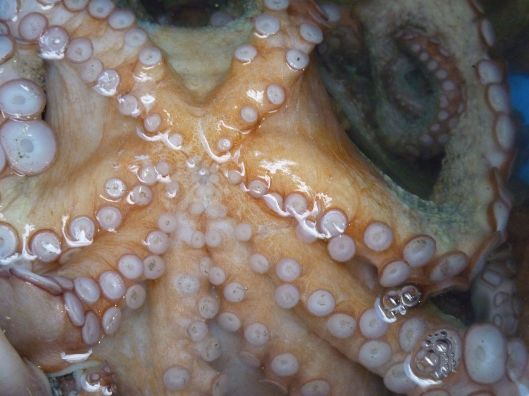 The art and architecture is mind-boggling: 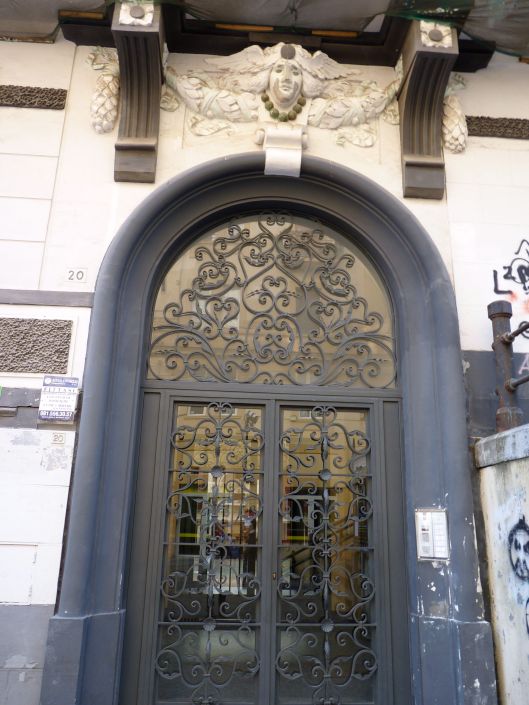 The people are incredibly nice. And safety is never an issue. At least it wasn’t for Marianne (Steve’s sister) and me on our four-day jaunt over Washington’s Birthday weekend. From the minute we arrived on Thursday morning, until we were seated on the plane Monday afternoon, we did not stop.

Naples was founded in 470 B.C., and therefore is older than Rome. Its name derives from Neapolis (new city) because its initial residents were Greek. The oldest part, known as the Decumani, is a labyrinth of streets teaming with churches, stores, book shops, archaelogical excavation sites, pizza stands, restaurants, palazzi converted into apartments, where freshly-laundered clothes hang from balconies, and throngs of people. It has the vibrancy and bustle of 42nd Street on a smaller, neon-less scale: 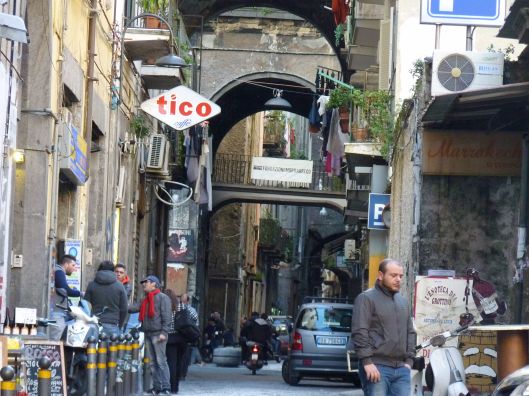 We walked and walked and crammed in as much as we could, including the day trip to the scavi of Pompeii and Herculaneum, where you can still see the remnants of the ancient brothels, restaurants with vats for serving hot and cold food, the baths, the training field for the gladiators, the theatre, and houses decorated with detailed wall mosaics:

Wall mosaic from Herculaneum from the Casa di Nettuno and Anfitrite.

So after landing in Rome, and taking the train to Naples, we decided that day one would be spent looking for the Pio Monte della Misericordia, a petite church whose founders commissioned Caravaggio to do a painting for the altar depicting the seven acts of corporal mercy. Through light and dark and graphic realism, mixed with the ethereality of angels, Caravaggio’s 1607 painting, “The Seven Works of Mercy,” portrays the compassion, and kindness, of humanity.

Then we ate pizza from a street vendor, and decided we needed more pizza. We went to a restaurant, so we could sit and have a glass of wine. We walked over to the National Archaeological Museum to buy our Arte Card. This is an incredible deal. For $30, you get half-price admission to museums, and free transportation on the city buses, funiculars, and trains, including the suburban train to Pompeii. By this point, we were sort of done-in, and decided to head back to the hotel. And thanks to my inverted sense of direction, a 45-minute walk became a two-hour-and-45-minute walk, and therefore required another sit-down wine moment.

Day two started at the archaeological ruins underneath the Church of San Lorenzo Maggiore. This flipped us because the excavations reveal the foundations of a Greek city dating back to the 4th century B.C. The Romans came next, and it is possible to tour the grid-like complex of ancient streets that once pulsed with a laundromat, meat market and bakery. About 1236, French friars laid the bricks for a church that has been an active place of worship for about 900 years.

Then, after much circuitous meandering, we found The Sansevero Chapel. The floor is an optical illusion of protruding and receding space. The underground chamber houses a testament of medical learning in the 18th century: a male and female skeleton that depicts the circulatory system of the human body (including the heart and lungs), known as the anatomical machines. Every vein and artery that pulses inside our body to make the blood flow is accurately depicted:

But truly the piece de résistance chapel is Giuseppe Sanmartino’s Veiled Christ. You cannot take pictures in the chapel and it is likely that a photograph, while capturing the essential elements of the sculpture, Jesus Christ lying down with a piece of cloth draped over him, could never capture the humanity, sensitivity, compassion, and vulnerability imbued in the marble.

Then it was time for some catacombs. Naples has three different venues for catacomb viewing, but the only one that was still open by this time were The Catacombs of San Gennaro. I assumed it would be filled with skulls, but due to the Black Death in the late 1300s, a city ordinance had ordered that they be removed to a cemetery on the outskirts of the city. No skulls, but in those dark underground passageways, many remnants of early saints and apostles from the 1st and 2nd centuries, when Christianity was first taking hold:

Inside the catacombs of San Gennaro.

After we left the Catacombs, we headed over to the Capodimonte, a Bourbon Palace, converted into a museum of fine art. Getting there was no easy feat because Naples, like Rome, has no traffic lights. You sort of put your hand up into oncoming traffic and hope that the cars stop, and let you cross the street. By the time we left the museum, there were no more buses running. We hailed a cab, and sat in the typical bumper-to-bumper traffic, but finally got back to the hotel to go to sleep so we could wake up at 6 a.m. to head to Pompeii. Naples is not a relaxing vacation.

2 thoughts on “A Four-Day Jaunt Through Neapolis”