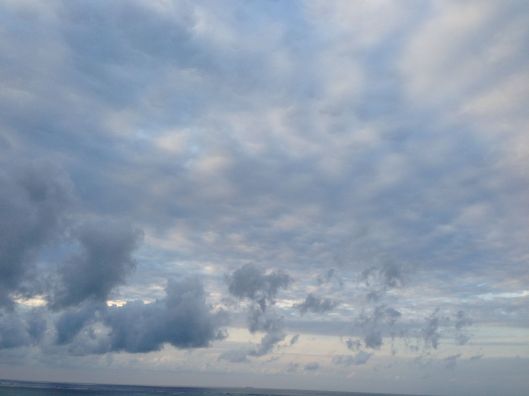 As we move into our 50s and 60s, and beyond, the loss of old friends becomes a regular part of life. Liver cancer recently took Little Richie, a kid I knew who was a year ahead of me in high school. This is my personal epitaph for him.

Richie was short and skinny – barely five foot two and 90 pounds, on tiptoes, soaking wet. But he wore his black hair in a dramatic pompadour that added at least three inches in height, and his personality made up for the rest. Richie not only acted like he didn’t realize he was small, he came on like the biggest, baddest guy in the room.

That’s not to say that no one stood up to him – every few months, Richie would show up sporting a black eye that told us he’d pushed some over-muscled classmate a bit too far, and paid the price. But if you weren’t willing to resort to brute physical force, Richie would mercilessly rule you with his cackling laugh and caustic wit. Even after they’d pounded him, Richie would mock the guys who’d beaten him up for not having had the guts to pick on someone their own size.

Despite his “little guy” scrappiness, we liked Richie. He was generous, and would readily share his cigarettes or beer or whatever with you. And if you needed to borrow 10 bucks, Richie was right there.

And he was the best poker player I’ve ever seen, hands down. During summer vacations in high school, my brother, and a few of our friends, including Little Richie, would walk to the local golf course in the early morning to “catch a loop.” At the end of the day, with 20 or 30 dollars’ worth of caddying money in our pockets, we’d stop off in the woods at the end of our block for some dime-ante poker. With a cigarette dangling from the corner of his mouth, Little Richie would crisply shuffle the deck and snap out cards to each of us, accompanied by incisive commentary.

“Five – no help. Three – total pond water. Deuces – not wild, sucker! Big queen – three to the straight. On you, Bobby. You gonna bet that shit, or check to the guys with balls?”

He would loudly analyze everyone’s cards, and if you took his comments to heart, he could goad you into betting or shame you into quiet submission. If you listened to Little Richie, you were playing his game, and you were doomed.

More than once, I’d seen him on a terrible losing streak, down 20 dollars, or more (in a dime-ante game, that was a lot of money), and then suddenly he’d change the course of the game just by the force of will. He’d bluff everyone out, and take big pots of money he didn’t deserve – taunting us at the end by turning over his cards with a flourish.

“A measly pair a threes! I had shit,” he laughed as he raked in the cash. “You pussies!”

The next hand he’d bluster, and bet so extravagantly we were sure it was another bluff, so we’d all stay in, feeding the pot, and he’d pull out a powerhouse hand, and win again. When he was on those runs he played as if possessed. And even though it was costing me money, it was thrilling – like watching a tightrope walker dancing on the wire who gets to the other side, then turns around and does it again and again.

After high school, everyone drifted off to college or full time jobs, and we lost touch with Little Richie. He appeared one summer afternoon in the ’90s, pulling up in a super-expensive, brand new metallic blue Corvette. He clambered out through the open T-top looking gaunt, his black hair windswept and frazzled.

“Real estate. Project development, that kind of shit,” he rattled on about deals and margins and how he had lots of irons in the fire.

He had that coke-addict look, racing along in his own dimension, while the rest of us in the real world were slogging by at half speed. As he flicked open his silver Zippo lighter to fire up a smoke, you could see a hint of a tremor in his hand. He took off after a few minutes, promising to come by again soon. I never saw him again.

Some said it was his dabbling in heroin that messed up his liver. Who knows. I just know that if there’s an afterlife, Little Richie is there madly hustling someone or something, and busting everyone’s chops. And probably getting his ass kicked for it.

2 thoughts on “An Epitaph for a Friend”