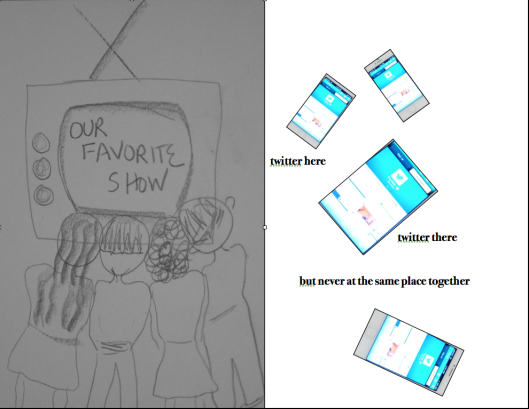 The newspapers are full of reports every day of people being indifferent to the plight of others. An example is the subway death about which my colleague Bob Smith wrote so eloquently on this blog a while ago. I have been thinking about our “urban solitude.” Why don’t we seem to care about one another? I think it’s because we lack opportunities to bond as a community. Television used to be able to help us have common experiences.

Everyone this side of 50 remembers where they were the day President Kennedy was shot. We watched the funeral as a community on television. In fact, my definition of a baby boomer is someone who remembers the day President Kennedy was shot but had not yet graduated from high school. It’s one of the defining community events of our generation. Another might be the night Neil Armstrong walked on the moon.

My children have 9/11 as their generation-defining event. My parents had Pearl Harbor. My grandparents had Lindbergh’s solo flight across the Atlantic and the 1929 stock market crash. The point is that there are events, often disasters, which cause us all to come together as one people and to experience an event together in community. This causes us to view others who share our grief or exhilaration as similar to us and to have empathy for them. Since the 1960s, we have had our common experiences by gathering around the television, but that’s changing.

Twitter and other online locales are now becoming the places where we gather when something big is happening. Unlike television, these websites have the benefit of being interactive. But for me there’s something too impersonal about online gathering places. There’s no person like a Walter Cronkite to act as group facilitator for our collective feelings.

Everyone remembers the emotion that Cronkite expressed when reporting on both the Kennedy assassination and the moon landing just because he was expressing what we were all feeling. He made it OK to shed a tear. He validated our experience. It’s difficult to replicate that on the Internet because of its anarchic nature. On the Internet, no one’s in charge. So the most puerile comments get equal time with the most astute.

I bring this up because I am sure that the days of a shared television experience and the ensuing water cooler discussion are just about over. While in our youth a showing of the Wizard of Oz could draw a 50% share of the audience, today nothing short of the Super Bowl has that kind of mass appeal. We are becoming a more splintered society. The top-rated television shows now all draw less than 20 million viewers. Even football routinely draws less than 25 million viewers. That’s out of more than 300 million possible viewers. So clearly we are not gathering around the television the way we used to.

The Internet is surely a major reason. The water cooler conversations have fallen off, replaced by Facebook and Twitter. And that’s a shame because these communities are not ITRW (Internet speak for “in the real world”). A community on the Internet is a faux community because you will never meet these people. And it’s only when you meet people and interact with them face-to-face that you begin to care about them.

Anyone who was in New York in the days after 9/11 knows the difference that a sense of community makes. The city came together and people looked out for one another. People actually spoke to strangers on the subway! Within a month, that sense of community tapered off. And so now we have people dying in our subways because no one cares enough to get involved.

Perhaps the answer is less community in the online world and more in the real world. Friend someone who lives in your neighborhood, rather than on Facebook. Deliver a Tweet in person. Interact with flesh and blood people and not just their avatars. Soon we may actually learn to care for one another. And the next time someone needs help in a public place, they may actually get it.