confessional, Men, Smartphones, The Write Side of 50 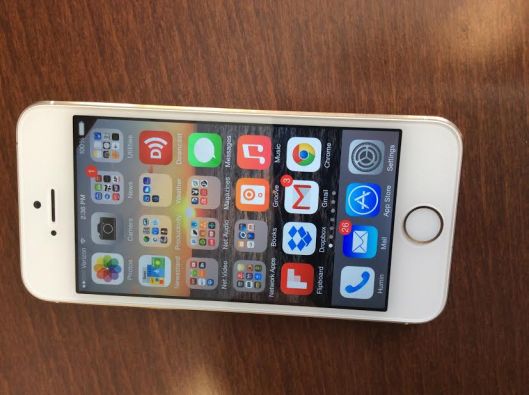 Most of us have reached the point in life where names and titles sometimes elude us. I distinctly remember the same thing happening to my grandparents. As a child I would often prompt them with the names that were just out of mental reach

“What’s the name of that actress with the big nose?” my grandmother would say.

“What’s that guy’s name who’s on that TV show I like?” my grandfather would ask.

As a dutiful grandson, I provided the answers.

Well that was then. Fast forward 50 years, and now I’m the one asking, “What’s the name of that movie with Groucho Marx and Marilyn Monroe?”

And I can see them both in my mind’s eye as they play a scene together. But I can’t get back to the title screen. I have become my grandfather.

The difference between me and people my age 50 years ago is that I have in the palm of my hand a 21st-century machine that supplies answers to everything anyone would ever want to know. It has apps like Wikipedia and IMDB, that are like having my own grandson at my beck and call.

My smartphone remembers all the things that I don’t. Just a few years ago, before I had a smartphone, my wife and I would struggle to recall names and titles. I remember many a Sunday afternoon at my mother’s house where all the adults around the table would agonize to recall one important name or another and my son, who was the only one at the time who had a smartphone, would simply look it up and take us out of our misery. Now many of us over 50 have smartphones, and they are fabulous for quickly finding those names that are on the tip of our tongues.

So today, we grandparents don’t have to rely on grandchildren to provide the answers to life’s persistent questions. We can look it up online. But just as using a calculator robbed us of the ability to perform simple mathematics, and having phone numbers programmed into phones made us forget our phone number, I fear that knowing that we can use Siri as a virtual grandchild will make us even more dependent on technology than we are already.

Years ago we were forced to rack our brains to remember things and usually the brain came through — eventually. I can remember many a morning waking up with a name or title that had eluded me the night before. But if we never challenge the aging brain to retrieve information, won’t we eventually lose that ability as well?

So I guess that like everything else, we need to rely on our smartphones in moderation. Leave the less important questions like movie trivia to stew in our brains (overnight if necessary). “Use it or lose it” applies to brains as much as anything else.

And it’s a good feeling to come up with a name or title on your own. Anyway, the day may come when a smartphone (or the Internet) is not available. And maybe when that day comes we will be able to come up with the answer on our own. Or maybe not. Just to be safe, I plan to have my grandchildren around as a backup. You can’t have too many lifelines in life.