Barcelona, Frank Terranella, The Write Side of 50 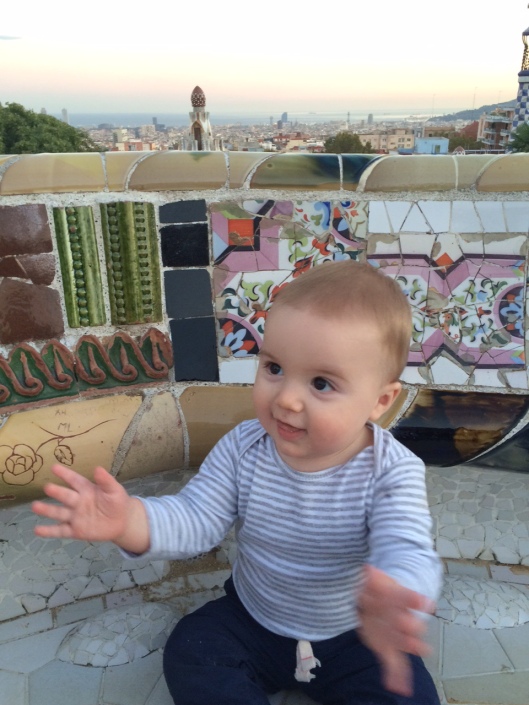 When I think of all the places I would like to see before I can no longer travel (or remember traveling), high on the list is Spain. You see, as the song says, I’ve never been to Spain, but I’ve been to Oklahoma. Yet I’ve always wanted to go to Spain. I studied Spanish history in college and have always been fascinated by the Arab influence there. The architecture and the art, not to mention the food and the climate, all beckon to me.

In fact, the only reason I didn’t get there when I did my college summer trek through Europe is that Spain was not covered by the StudentRail pass that allowed me to get on any train in any other European country. Maybe it was because dictator Francisco Franco was still ruling Spain at the time. I don’t know. But whatever the reason, the StudentRail pass didn’t work there, and so I didn’t get to Spain in 1972. And in the years since, I have not had an opportunity (either business or pleasure) to travel to Spain, even though my job causes me to communicate with people in Spain every day.

This is why it is particularly hard for me to take that my 9-month-old grandson Bryce has now been to Spain. His parents got a passport for him and took him along on their recent vacation to Barcelona. My wife and I had volunteered to babysit while my son and his wife traveled, but they decided that they wanted to experience travel with a baby. By all reports, the travel went well. My grandson did not terrorize other passengers on the overnight trip over by screaming or otherwise behaving like the baby he is. Instead, he seemed to take the airplane ride in stride.

Of course, unlike adults, babies take most things in stride. That shouldn’t surprise us because if you think about it, babies experience new things every day — new sights, new smells, new tastes, new sounds. So something new like an airliner is all in a baby’s normal day. At least he didn’t have to wear a costume like he had to do for his first Halloween a week earlier. And a new country where people speak a language other than English is no sweat to someone who doesn’t speak any language yet.

Actually, my wife and I also took a baby on vacation in 1986. The 11-month-old was Bryce’s father and the trip was to Orlando and Disney World. David did just fine back then and so it did not really surprise us that Bryce also did well. But like his father, Bryce will have no memory of his first plane ride. He will have no memory of Spain. And that’s OK. He has a lifetime to go back.

Since like many young parents we took our children on lots of trips when they were very young, we know that Bryce will get tired of being told that he’s been to Spain. He will complain, as our children did, that it doesn’t count if you don’t remember it. And I guess that’s true. And that may be my opportunity. I can volunteer to take a 12-year-old Bryce back to Spain so that I finally get there. I just hope that I’m not too old to remember it.