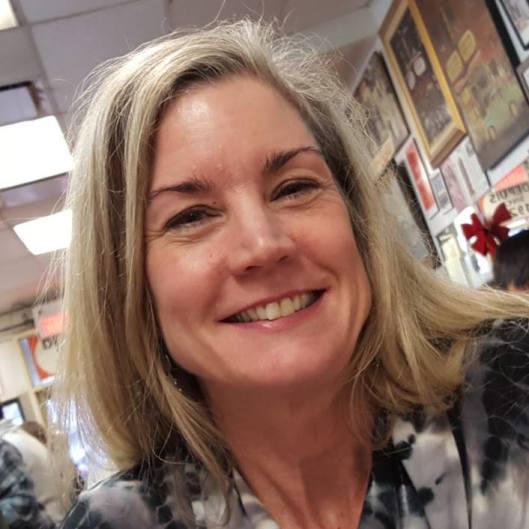 This afternoon, my friend Maura will board a Lufthansa jet bound for Beirut, Lebanon.

“I love you.” “I’ll miss you.” (“Go for it!”) has been written, spoken, texted and sent (accompanied by hugs, kisses, sing-alongs, tequila shots, dining-room dancing, swimming, and wine-soaked feasts), by those of us who were part of her two-month summer send-off.

“What!” “Wow.” “Whoa!” has also been, and continues to be, uttered by many upon hearing of Maura’s decision to spend a year, and possibly two, in what was formerly dubbed the “Paris of the Middle East,” and is now a headline and a five-hour trek away from the war in Syria.

Maura, who will be 57 in November, is heading to the Middle East to teach reading, writing, math, science, and social studies to 4th graders at The American Community School in Beirut. She estimates she is one of eight to 10 new teachers coming to the school, with about 25 percent of the faculty from the United States.

What drew her to Beirut (she also had offers from Guangzhou, China and Doha, Qatar) is that it is “lush, Mediterranean, and old, with so many cultures (55% are Muslim, 5% are Druze, and 40% are Christian) that live together in shaky harmony.”

She plans to ski Lebanon’s snow-capped mountains, wander the “farm-rich plateaus,” swim its gold-sanded beaches, and snorkel over ancient Phoenician shipwrecks. There will be hiking in ancient caves, monasteries and Roman ruins to explore; hummus, fattoush, and shawarma to eat.

And then there’s the kids.

“I anchor myself in all the nuttiness of the move in reminding myself that I love to teach because I really enjoy spending the day around children,” she said.

A recent by survey by The International Educator, a resource for educators who are looking to teach abroad, revealed that middle age is ripe for grabbing that global teaching opportunity, and “some school heads and recruiters are quite eager to hire older candidates with extensive experience and the wisdom that can only come with age.”

Maura’s got just that. Plus she is intrepid, lovely, pragmatic and tough. Since suffering the loss of her husband Lee, who died two years ago from complications stemming from multiple sclerosis, her gearshift has been parked in Forward.

So putting her house up for rent, packing a year of life into three 48-pound suitcases, and trading her 14-year teaching job in an elementary school in small-town New Jersey for an urban-international school in the biggest (and among the world’s oldest) city in Lebanon is not much of a leap.

After all, she scuba dives in Honduras:

Maura in the middle. With her sons Sean and Cameron.

And opened up the 2014 Rock and Roll Hall of Fame ceremony in Cleveland:

Maura at the podium. With sequins.

No doubt Maura’s solid middle-age bedrock is fortified by her younger years with Lee. She has him tucked inside; his initial tattooed on her wrist. He’s going with her.

“I want to be strong, she said. “I know I will get lonely and miss everyone madly. But I want to grow as a human. To get out of the familiar way of being and thinking. And being alone and feeling lonely will have to be a part of that. I both accept it and dread it.”

So, I feel I can speak for those of us for whom Maura has been a staple in our every day for years; more sister than friend. One last (albeit tearful) round of: “I love you.” “I’ll miss you.” (“Go for it!”)

Maura will be blogging from Beruit. Follow her at Eyes Wide Open, which will go live once she lands.