Feminine Beauty, Frank Terranella, Men, opinion, The Write Side of 50 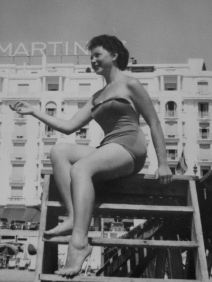 As an over-50 male, I am sorry to say that the women that Hollywood is putting up on the screen these days as the new models of feminine beauty often leave me cold. When I see people like Keira Knightley, Sienna Miller or Olivia Wilde, all I want to do is feed them. Have a chocolate shake. Gain 20 pounds. Grow some curves!

I think that men who grew up in the 1950s and 1960s may have a different idea of the perfect female figure than young men today. We over-50 men first noticed women at a time when the feminine ideal was Marilyn Monroe, Sophia Loren and Jayne Mansfield. Oh sure, there was also Audrey Hepburn and Grace Kelly, but these were women admired more for their faces than their bodies. If you asked any teenage boy in the 1960s which movie star had the best figure, he was more likely to say Elizabeth Taylor or Raquel Welch than Doris Day or Jane Fonda.  Even on television, the most popular mouseketeer among boys was not Karen or Sherry or Darlene. It was the full-figured Annette.

Our fathers and grandfathers shared this admiration for a female figure that was, in their words, “healthy-looking.”  The ideal then was the voluptuous Gibson Girl look of the early 1900s. That was continued into the 1930s with chorus girls in Busby Berkeley musicals showing a lot of meat on their bones -especially around their thighs. I don’t know whether those women would be considered beautiful today, but I do know that in the 1960s, women who by today’s standards would be considered fat, were held up as the feminine ideal.
END_OF_DOCUMENT_TOKEN_TO_BE_REPLACED