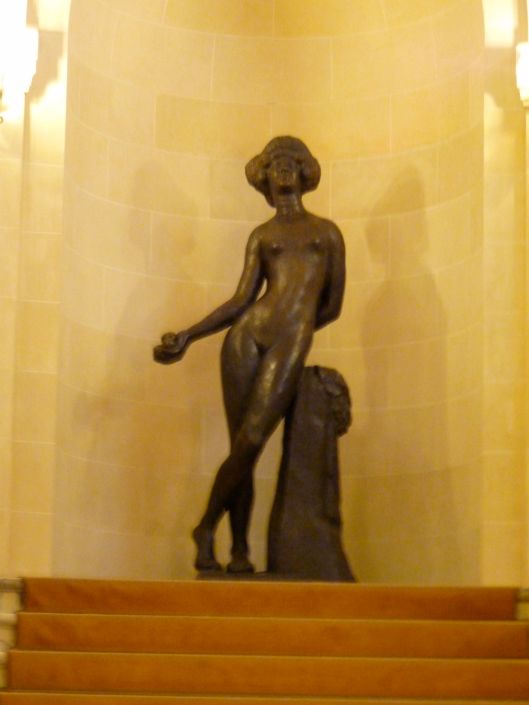 At the Royal Art Museum.

We arrived home from Romania, and the sidebar excursions to Paris and London, around midnight Saturday, October 18. I have started culling the 3500 photos I took, and was brought back to the afternoon we spent wandering the National Art Museum in Bucharest. Architecturally, it is a testament to 19th century palatial elegance. 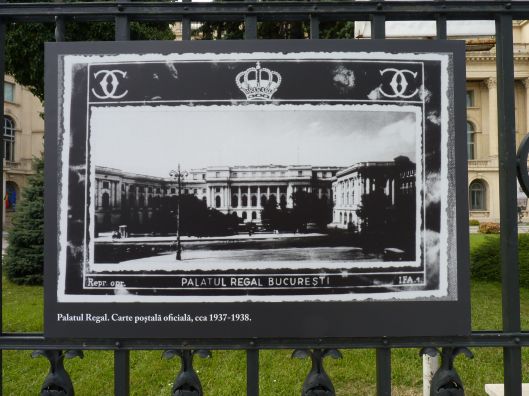 It was built between 1812 to 1815 (the approximate time the U.S. was engaged in the War of 1812 with Great Britain). It started as a private residence, was taken over by royalty in 1834, housed the seat of the State Council during the reign of Nicolae Ceausescu, and opened as an art museum in 2000. Its collection ranges from embroidered tapestries dating to the 14th century to paintings by European masters like Lucas Cranach the Elder and Rembrandt to sculptures by its native son, Constantin Brancusi, and others I never heard of.

Venus and Cupid by Lucas Cranach the Elder.

But one of the best unexpected finds was the grand staircase leading up to the European galleries: 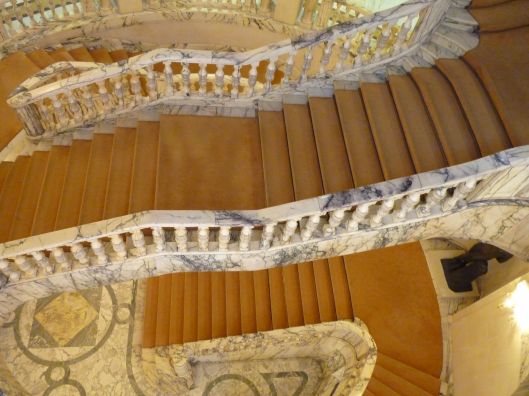 It had endless angles …

… and curves to explore. 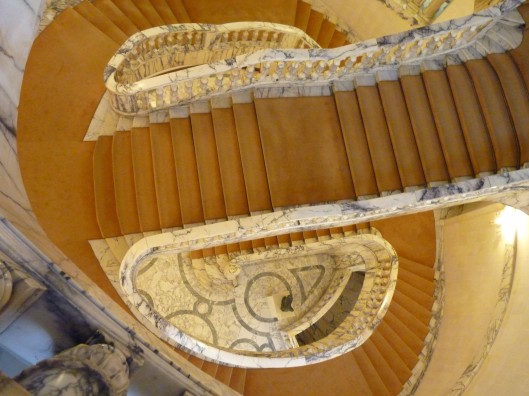 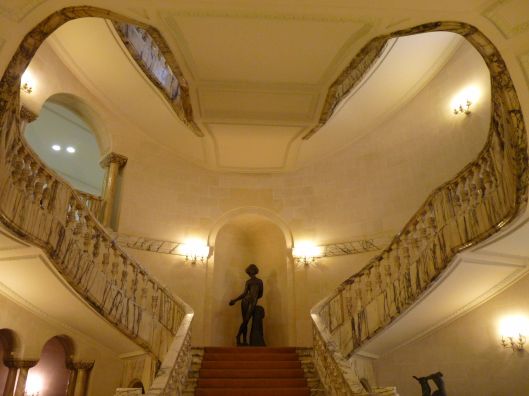