Art, Bob Smith, Men, The Write Side of 50, Vanity Plates 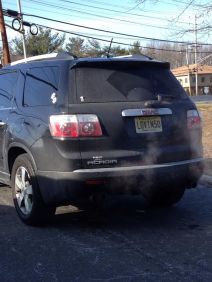 I saw this vanity license plate (LOVIN50), while driving on Route 66 the other day. Is it a confession of polygamy? If so, this guy (or gal) would rival Brigham Young, who, according to some sources, reportedly had up to 55 wives. Then again, even if you had 50 spouses, would you really be “LOVIN50”? You’d probably be indifferent to at least a few, and downright dislike another dozen or two. It’s also been reported by some sources, that even Brigham Young had divorced 10 of his 55 wives by the time he died (stone deaf and exhausted, no doubt).

Or is the license plate a commemoration of 50 years of marriage between Loretta (LO) and Vincent (VIN)? That’s a stretch. Besides, the car wasn’t going 15 in a 55-mile-zone with a little white head, and glasses, peering over the steering wheel.

The most likely explanation seems to be that the driver recently rolled the birthday odometer over from 4 to 5, and is reveling in this happy decade after youthful insecurities have mostly melted away, and before outright decay entirely sets in – Whoopee! I’m 50 and LOVIN’ it!

At age 20, or even 30, I would have been nauseated at the thought of proclaiming my age like that. But once you’re in your 50s, you gain valuable perspective – namely, who gives a crap what other people think? You’re mature enough to sport a vanity license plate that shows both humility (admitting advancing age) and chutzpah (and I’m just fine with that).

I wonder if the driver has reserved LOVIN60 against the day when he or she rolls up to the next decade? Then again, by then, maybe they’ll just be LIKIN’ it.