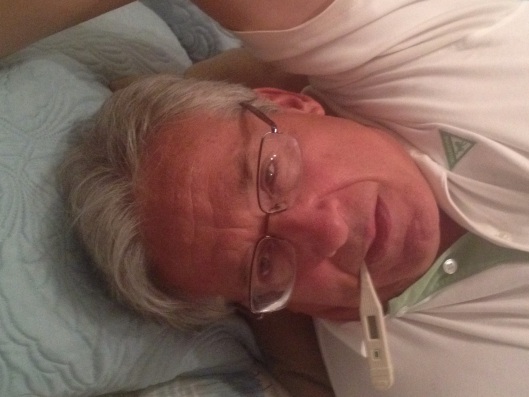 Do I really want to bypass my annual flu shot?

Having recently moved to Monmouth County, I’ve switched my regular doctor to a local guy recommended by a neighbor. Now that I’m almost 60, he wants to see me every six months, specifically to monitor the effectiveness of my cholesterol medication, and generally to be sure I haven’t started on a catastrophic decline that, in retrospect, could have been prevented if only he’d seen me sooner.

Sounds like a revenue-generating plan to me. But what the hell – I figure it can’t hurt, and each visit only costs me a $25 copay.

As I sat on the examining table the other day getting palpated and peppered with probing questions about my sleep, eating and bowel habits, I noticed a sign taped to the wall reminding patients about getting flu shots. The last time I had the flu I was laid up for five days feeling weak and sore from head to toe, as if someone had beaten me with a sock full of lead marbles. I sipped warm ginger ale to try to replace the fluids lost in my periodic trips to the bathroom, and whenever I wasn’t moaning or babbling through a fevered fog, I fervently prayed for death.

Then, about 10 years ago, I started getting an annual flu shot. That was when Maria’s grandmother lived with us, and we thought it was better if everyone in the house got vaccinated. I haven’t had a touch of flu since then, so although Grandma moved on years ago, I’ve continued to get the shot each year.

“I need that, right?” I suggested, nodding at the sign, expecting an enthusiastic, “Yes.”

“Why?” he smiled, peering at me over his reading glasses. “You’re not elderly, your immune system isn’t compromised, and you don’t have any chronic respiratory problems. You don’t need it.”

His explained his rationale that the flu vaccine gives you six months of immunity from getting the three most popular strains of flu that experts believe are likely to circle the globe this season. If you come across a different strain (there are thousands of them), or if you encounter one of this season’s three popular strains outside that short window of protection, you get the flu anyway.

But his most persuasive argument was for building your own lifetime immunity:

If an otherwise healthy adult gets the flu, it’s unlikely to be deadly. Granted, you’re miserable for a few days, but you’ll never get that flu again because your body generates lifetime immunity to that strain and its close cousins. Fast forward to when you’re 82 or whatever – you’re elderly so now you should be getting an annual flu vaccine, but what if you come across a strain from years ago that’s now fallen out of the top three? Maybe it’s number 6 or 7 on the flu hit parade, so the current vaccine doesn’t cover it. If you’ve already had that flu, or a similar flu, you’ve still got natural immunity and you won’t get sick. But if not, you’re in trouble because now you’re gonna get it when you’re too old to handle it.

In his view, it’s better to get sick now, maybe even every year, to build up that immunity. But what about all the hype around flu shots, and this notion that everyone should get them? According to my doc, one or more influential people at the CDC conveniently used to work for companies that are heavily invested in making those vaccines:

By the way, only about 30% of the population gets vaccinated – if the flu is such a scourge, why aren’t the other 70% dying in droves from it every year? They’re not because it isn’t. About the same number of people die every year from the flu, and it’s the same people from the known risk groups, regardless of the vaccination levels in the population.

“Your choice,” he smiled. “Come back in November and I’ll give it to you if you want it.”

So now I’m undecided – do I get the flu shot, and cruise through another winter, reasonably confident that my life won’t be interrupted by a week or more of miserable symptoms? Or do I take my new doctor’s advice and leave open the chance of getting sick so I can build up an inventory of immunities that will serve me in the old age I hope to enjoy someday?

I’m leaning toward taking my doctor’s advice, which is to “Let your body do what it was designed to do,” and go without the vaccine this flu season. It may result in some short term discomfort (a gross understatement given how nasty the flu can be), but I’m betting on the long game.